Putting Enterprise Class IT within Reach of SMBs

In today’s world, everybody is looking for ways to save - to save money, to save time and to save energy - and “do more with less” has become a common mantra in modern businesses.

Virtualization is now firmly embedded in the enterprise mainstream. By moving away from the one-application per-server deployment model, enterprises have been able to reap a broad set of benefits including cost reductions, improved availability and increased agility. However, many small and medium-sized businesses (SMBs) continue to view virtualization as an enterprise-only technology that would not be viable in their smaller organizations - and that is a misconception.

This white paper explains how SMBs can leverage virtualization in order to make maximum use of their resources and maintain their competitive edge - and why they need to consider deploying virtualization sooner rather than later.

Virtualization is a technology that enables a single server to act as many. Solutions such as VMware’s Virtual Infrastructure work by, in effect, converting hardware into software. This is achieved by the creation of virtual machines (VMs) which VMware describes as, “Tightly isolated software containers that can run their own operating systems and applications as if they were physical computers. A VM behaves exactly like a physical computer and contains it own virtual (software-based) CPU, RAM, hard disk and network interface card (NIC).” In other words, a VM is simply a computer that has been converted entirely into software and packaged into a single file.

The fact that each VM has its own virtual CPU, NIC, etc., means that it can be run on practically any hardware - even hardware on which other VMs are running. Accordingly, virtualization breaks the IT’s one-application per-server model by enabling multiple heterogeneous operating systems to be simultaneously run on the same physical server.

The benefits of virtualization

The advent of high horse-powered servers highlighted a fundamental problem with the one-application-perserver model: it was not efficient. Dedicating a modern server to a single application is likely to result in that server being severely underutilized - in fact, many businesses find that their servers are running at anywhere between 5% and 25% of total capacity and, accordingly, a substantial amount of computing resources are unused.

Virtualization enables those previously untapped resources to be put to use. Because a physical server’s resources can be shared between multiple VMs, servers can be made to utilize much more of their capacity: a server that was running at only10% capacity when non-virtualized may run at 85% capacity when virtualized. Additionally, virtualization also enables SMBs to simplify their infrastructures. Disparate legacy applications and new applications that require different operating systems can all be run on the same physical hardware. Combined, these factors provide businesses with a broad and substantial set of benefits including:

Improved availability and business continuity. Because VMs can be brought online in a matter of moments and migrated between physical servers without downtime, virtualization can practically eliminate the need for maintenance windows and unscheduled downtime, ensuring high availability for the key applications which drive a business. While server consolidation is often thought of as the main and benefit of virtualization, enhanced availability is nonetheless equally as important. According to The Costs of Downtime: North American Medium Businesses 20061, a study by research group Informatics, mid-market enterprises experience an average of 140 hours of unscheduled downtime each year at a cost of $867,000 (or 1% of their revenue).

In short, virtualization enables businesses to do more with less.

Why SMBs should embrace virtualization sooner rather than later

The current challenging economic climate makes it necessary for businesses to seek ways of maximizing their use of resources while simultaneously reducing their operational costs, and virtualization enables them to do just that. In addition to the obvious cost efficiencies already outlined, there are also a host of other compelling reasons for SMBs to consider virtualizing sooner rather than later:

In the past, SMBs would have found that virtualization had a somewhat swings and roundabouts effect on the management overhead; while in some areas its impact would be positive, in others it would be negative. But that is no longer the case. As virtualization has become increasingly mainstream, so virtualization solutions have become easier to use. For example, VMware now offer Acceleration Kits5 designed to help SMBs enjoy the gains of virtualization without experiencing the pains.

Virtual Appliances: maximising the return on investment from virtualization

What is a virtual appliance?

VMware describes virtual appliances (VAs) as, “Pre-built software solutions, comprised of one or more virtual machines that are packaged, updated, maintained and managed as a unit.” In other words, a VA is simply the virtual world’s equivalent of a physical appliance.

The benefits of virtual appliances

Until recently, physical appliances have been considered by many to be the best and most efficient way for businesses to deploy specialized solutions as such devices reduce the management overhead by eliminating the complexities associated with deploying and managing applications across multiple pieces of hardware.

While physical appliances do indeed represent a streamlined and cost-efficient option, SMBs can nonetheless end up short-changed. Vendors of physical appliances target their products at the enterprise-space market as that is where the most money is to be made and, accordingly, the majority of these devices have not been designed with SMBs in mind. But while enterprise needs may remain relatively constant, in smaller emerging or expanding businesses needs are likely to be anything but constant. Physical appliances simply do not provide the fexibility needed to be able to meet the changing needs of SMBs in a cost-efficient manner. Should a SMB need to add capacity or build-in redundancy, the only way that that can be achieved is with the purchase of bigger and/or additional appliances – something which may not be within their budget.

VAs turn all that completely on its head. While VAs provide with the exact same benefits as physical appliances, they also provide an unprecedented degree of functionality and flexibility that enables SMBs to reap the benefits of enterprise-class IT:

These factors combine to make capacity planning both extremely important and extremely challenging. SMBs need to purchase enough capacity to meet not only the current peak workloads, but also to meet the estimated future peak workloads – in other words, they need to buy more capacity than is currently needed. And getting the sums right is critical as should a SMB which relies on appliances underestimate its capacity needs, there is no speedy way to add more. Purchasing additional capacity can also result in resources being idle or wasted.

With VAs, capacity planning becomes considerably easier. Unlike a physical appliance, a VA does not have built-on capacity limits. Should the workload on a VA increase to the point that it requires additional resources, those resources can be provided simply by either allocating a greater share of physical server’s resources to the VA or by moving it to an alternative server. This enables businesses not only to easily scale up, but to scale down too when the demand for a particular application decreases.

In short, VAs enable businesses to become more agile and responsive, to direct resources to where they are most needed, to reduce spending on idle capacity and to cut costs and boost ROI by maximizing the utilization of their existing assets.

Straightforward deployments and migrations. Deploying a physical appliance can be a time consuming process: the appliance will need to be ordered-in, wired into the network and then configured. Migrations from one physical appliance to another invariably prove to be even more time consuming and challenging. Given expectations of 24/7/365 availability, simply finding a window in which to complete the work can be problematic. Add to that complexities associated with migrating a data store that is constantly changing and realigning the data to match its new software environment, and the process can become a job of nightmare proportions.

In comparison, deploying a VA is extremely straightforward and the process can usually be completed within a matter of minutes. The process involves nothing more than installing a downloadable image into a virtual machine and setting the necessary options to configure the appliance.

Migrations are equally straightforward. Should a business need to move a VM to a different server, migration is simply a matter of copying and moving the single file into which the VM has been encapsulated. Ease of deployment and migration both eases the management overhead and enables a business to respond to changing requirements and workloads much more rapidly.

SMBs that have previously considered virtualization but decided that it is too expensive or simply not viable should think again. Virtualization and VAs enable SMBs to green their operations and build IT infrastructures that are agile, resilient and highly scalable. In short, SMBs are now able to benefit from enterprise- class IT at a fraction of the normal cost.

WebTitan for VMware is a VA designed to run under the VMware virtualization platform and puts world-class Web filtering capabilities within the reach of smaller businesses. WebTitan can run on any server running VMware® or comparable hypervisor irrespective of the operating system, allowing you to run multiple applications on a single server. Opened as an image it will result in a virtual WebTitan appliance for your gateways. WebTitan is easily deployed, updates automatically and has an exceptionally low management overhead.WebTitan is suitable for deployment in businesses of any size, and is used in small businesses, large enterprises. 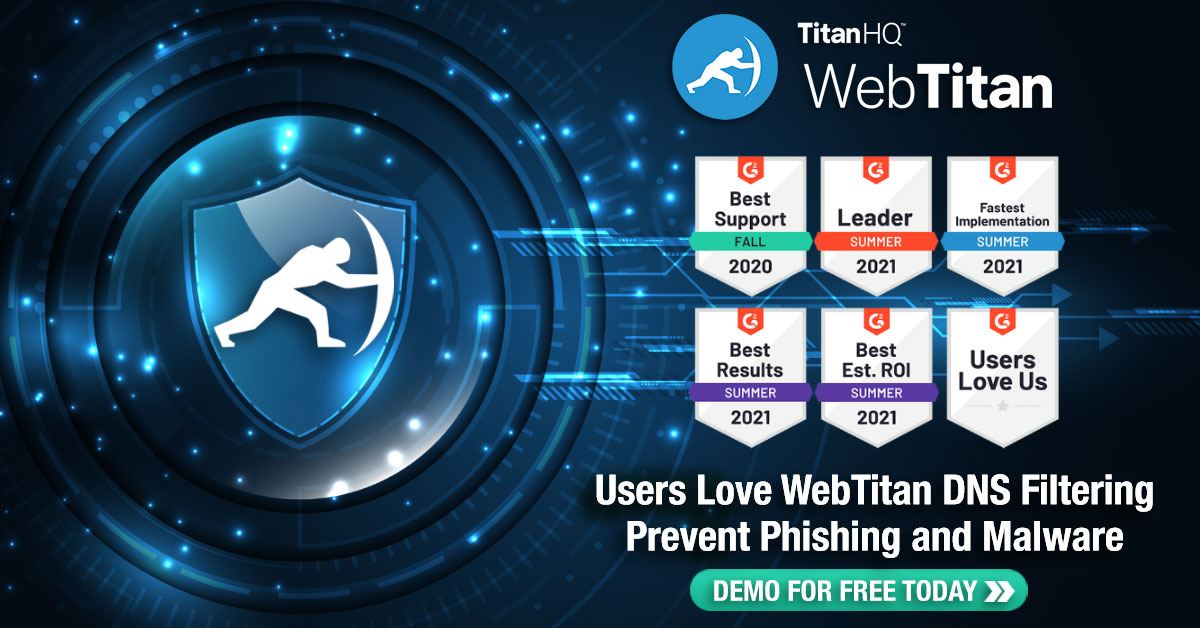